Augmented reality and virtual reality tech merge our physical world with a digital one. While these two concepts have a lot in common, it’s also important to understand how they differ.

So, what's the difference between Augmented Reality and Virtual Reality? 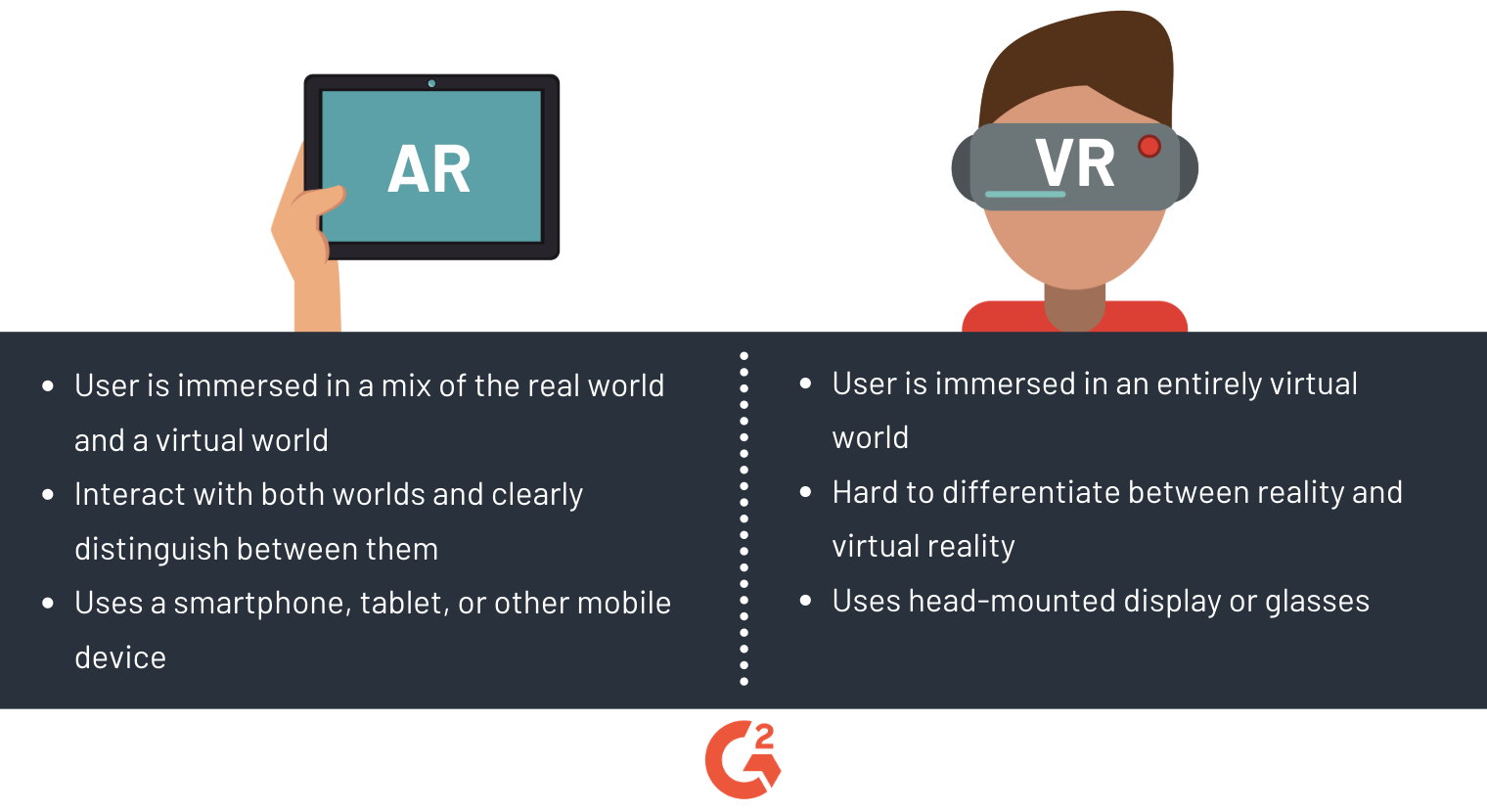 AR gives the user more flexibility and is better for businesses that are interested in applying it to their vertical. There are tons of examples and use cases for augmented reality – it’s mainly more widespread because it doesn’t require special head gear or gadgets, just a mobile device.

VR is mainly used as entertainment today, but there will likely be a shift toward this tech as prices drop and the hardware becomes more accessible.

Virtual reality is a computer-generated simulation of a real-life environment. The user is fully immersed into the virtual environment and interacts with it through sight and sound. The history of VR shows that it’s always made us question our understanding of our world by creating a totally new one.

Augmented reality is an augmented view of the real world with computer-generated objects added on top. The user sees this augmentation through a mobile device. We didn’t always have smartphones, so the technology has made a big shift since the development of them. The history of AR is filled with creative applications, from training pilots and med students to gaming and entertainment.  The simple purpose of AR is to enhance our surroundings.

Mixed reality includes both augmented reality and augmented virtuality aka the full spectrum of technology merging digital and physical realities. The main draw here is the interactivity between the real world and computer-generated objects.

How do they all work together?

These fields are advancing at different paces, but they can all piggyback off of each other in terms of pushing the boundaries.

For example, haptic-feedback, the vibration of the Wii remote when you get hit with a red shell in Mario Kart, is technically considered an augmentation. However, it’s being implemented in virtual reality experiences to make the interaction more real than ever before. We can expect these concepts to continue to develop both independently and more cross-functionally in the future.

These types of experiences are going to become increasingly popular in our everyday lives. Getting a better understanding of how they work and which technology to use for a certain application is key if you want to keep up with the latest tech.

How Alexa can help you have an awesome Valentine's Day

Embracing the age of digital disruption

What does Independence Day and Marketing have in common in the digital age?